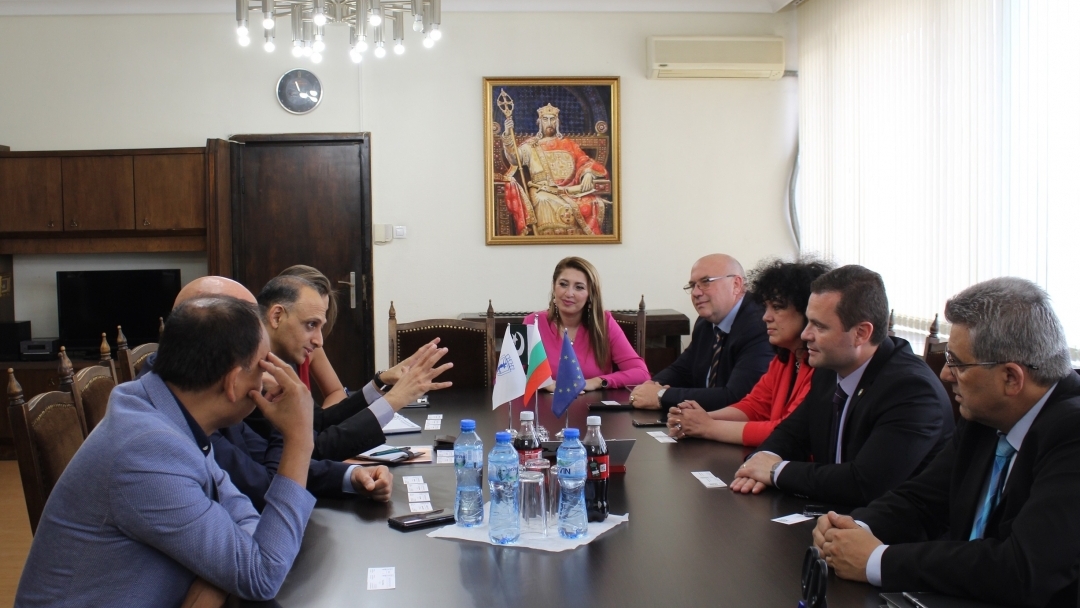 Today the Mayor of Ruse Municipality Pencho Milkov and his deputies met the Charge d’affaires of the Embassy of the Islamic Republic of Pakistan a.i.– His Excellency Mr. Marwan Alex Ayyash. The representative delegation also included Akram Khan, Administraive ataché and Madlena Ivanova, Secretary at the embassy, ​​as well as Prof. Blagovest Belev.

In an official conversation, the guests briefly presented their homeland and its similarities with Bulgaria, as well as the achievements in Bulgarian-Pakistani diplomatic relations in all 55 years since their establishment.

The Mayor Pencho Milkov spoke about the role of Ruse as an economic engine of the whole region and noted its main strengths – its status as a powerful educational center and the direct border with the Danube River. Opportunities for co-operation in both economy and education were discussed. The representatives of the two countries clearly stated their desire to work together in future cultural and economic projects and exchanged symbolic gifts at the end of the meeting.